WHY IS DRUM SCANNING THE BEST

Drum scanning is the finest quality, highest resolution method available to scan your transparencies and negative film. We use the best two drum scanners available – the Heidelberg Tango and the Aztek HiResolve 8000. Each drum scan is performed on a custom basis to retain your film’s delicate highlights, deep shadow details, smooth gradients, and excellent grain rendition. These scans are the best possible starting points for fine art prints. Scans are available up to 11,000 dpi for 35mm film, and  8000dpi for all formats up to 8″ x 10″ film.

What types of film can you drum scan? 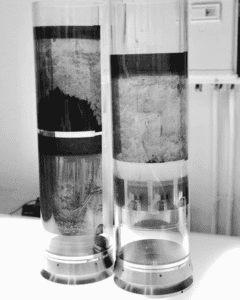 Fluid mounting increases highlight and shadow detail in your scans. This improves fine detail while removing much of the dust & scratches, emulsion blemishes, etc) in your film. 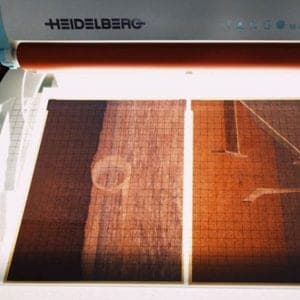 We set up each scan individually to precisely retain detail in the shadows and highlights. All of our scans are 16-bit by default to ensure maximum flexibility when editing. 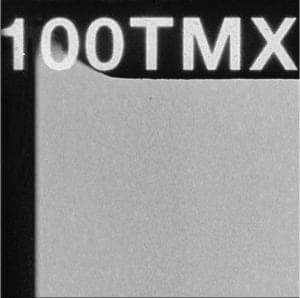 The detail our drum scans resolve from highlights and shadows is clean and effortless, and the grain is beautiful. The result is scans that are clean and sharp, without feeling like the scans have been sharpened with a filter.

WHAT IS A DRUM SCANNER, AND WHY SHOULD I CARE?

A drum scanner a film scanner that makes the best scans of negative and transparency film. Nothing else captures the dynamic range, tonal quality, detail, and sharpness of your image. These are professional machines designed for exacting reproductions. Our Tango drum scanner is five feet tall and weighs 550 pounds. Our Aztek (the small scanner) weighs 140 pounds.

Your film is fluid-mounted to an acrylic cylinder (the drum) and sandwiched between optically clear Mylar. The fluid mounting increases highlight and shadow detail in your scans. It improves fine detail while removing much of the dust & scratches, emulsion blemishes, etc) in your film, and reduces film grain. There’s no way to simulate the improvements fluid mounting your film offers – you can only fluid mount film with drum scanners and some flatbeds, not with an Imacon or Noritsu scanner. The end result is drum scans that are cleaner and sharper, without feeling like the scans have been sharpened with a filter.

After mounting, the drum is loaded into the scanner, where it spins at high RPM as the scan head (also called the “periscope” travels up and down in a series of extremely precise micro-steps, slowly yet faithfully recording the film’s details line by line. A medium format negative may take up to 1.5 – 2 hours of scanning time.

Will my scans be ready to print?

The prices listed are for raw base scans. A raw scan is not a print-ready file that has been retouched and edited for print on a specific paper. Order a raw scan if you’d like a high resolution drum scan to edit yourself for printing.

Additional editing and retouching (also called mastering)  to prepare images for printing is charged at our normal hourly rate in 1/4 hour increments. Contact the studio for a quote.

Excellent question! We are lucky to have two drum scanners in our studio. We prefer the Heidelberg Tango for transparencies and most negative scans. The detail it pulls from highlights and shadows is clean and effortless, and the grain is beautiful. The Aztek allows us to scan large format film at a higher resolution, but that doesn’t always translate into meaningful improvements in your prints. Aztek’s software can sometimes help with extremely thin negatives. We’re always happy to suggest which scanner is best for your particular project.

HOW LONG HAVE YOU BEEN DRUM SCANNING FILM?

Brad (Candela’s owner, guy who does almost all of the drum scanning) has been operating drum scanners since 2005 and has owned or operated Heidelberg Tangos, Primescans, S3900, Imacon Flextights, Nikon Coolscans, Epson flatbed scanners, and Aztek HR8000s.

Brad was trained in drum scanning by Bob Cornelis of Color Folio, and has drum scanned film for clients all around the world, including Richard Misrach, Todd Hido, Roger Minick, Debra Bloomfield, and many more!

I need my artwork scanned - should I use order a drum scan for that?

If you have copy art (slides taken of your artworks), order drum scans to start the printing process. If you have existing artwork (paintings, drawings, maps, etc) that you want digitized, please use our artwork scanning service.

Our drum scan operator has been drum scanning film since 2005 for artists and photographers around the world.

All our scans are delivered in 48-bit (also called 16-bit in Photoshop) for maximum flexibility in editing.

We can scan film from subminature cameras all the way up to 11×14″ sheet film. We can also scan X-pan film,

You’ll be amazed at how much clean detail can be revealed in your scans. Our drum scanner records subtle shadow and delicate highlight details.